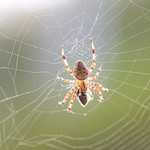 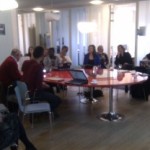 We’ve organised another Open Tea, last Friday at the Vrije Universiteit, with updates, two presentations, and networking drinks, kindly hosted by CIS-VU, the Centre for International Cooperation at the VU University in Amsterdam.

Victor de Boer and Anna Bon helped make this possible, and Victor wrote a blog post about it. And Araz Najarian of Connective Age wrote up a summary of the presentations, including a link to a with co-presenter Nana Baah Gyan video demonstrating RadioMarché.

If you want to join our next Open Tea, make sure you’re on our mailing list and get the announcement in time! 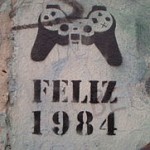 While catching up with the nettime mailing list, I came across two articles that give me the creeps. Microsoft filed patents for a ‘consumer detector’, to let your Xbox or TV decoder detect who is watching, and if the audience is not deemed suitable, to stop playback. Apple received a patent that lets the police […]

Early 2009, I started using Friendfeed as a way to aggregate various sources of web links to share. August that year, Facebook bought FriendFeed, ripped out the innovators, and left the site to bleed to death. (I’m sure it felt less dramatic to the fine folks who built it.) I’ve had a nagging feeling since, […]

A few years ago, I could not have imagined myself ever considering the World Bank a shining light on what needs to happen in international development. But today’s TED talk by Sanjay Pradhan, vice president of the World Bank Institute, is such a shining example. We come to this crossroads from very different directions, but […]